Chat with us, powered by LiveChat Blockchain Technology & Mobile Apps, What are the benefits?

Whenever one talks about emerging technologies, the name blockchain always pops up in the top 5. Blockchain is spreading in almost every industry these days. Besides the reason that the blockchain technology integrates a complex and encrypted data into a safe mesh offering high security to the customers.

Along with several other industries, mobile app industries are also adopting this revolutionary blockchain technology. Due to this amalgamation of the blockchain with mobile app development services, another era of robust mobile apps was born.

Since its introduction in the mobile app development business, technology has got even wider spread.

The journey of blockchain was quite impressive and now that it has got its hold on most of the industries in the market including app development, this emerging technology is astonishing everyone even now!

Below, I am going to list some of the exceptional ways in which blockchain technology has helped mobile app development companies.

As I mentioned earlier, blockchain, emerging technology is setting its roots in the mobile app development company.

Now, don’t be mistaken. It is great news!

Why is that good news?

Well! Simply because there are some unexceptional ways in which different types of blockchain has managed to bring a revolutionary wave in the app development arena.

To find out what does this wave has carried along, scroll down!

1.Improved Security of Mobile Apps | Thanks to Blockchain Programming

One of the basic reasons why blockchain is great for mobile apps is the enhanced security features of the App. This technology is so far the best when it comes to security. The reason behind this is because it uses advanced cryptography techniques.

Before moving on, let’s discuss how blockchain technology works?

The ever-growing list of records called blocks linked together using the science of cryptography is what efficiently defines the “Blockchain Technology”. Each block contains the transaction data along with the timestamp for another block. This data is maintained in a cryptographic hash altering which is impossible. In this entire concept, every neighboring block has a cryptographic way back to the previous block.

Along with the increased security, there are many other benefits of blockchain technology in the area of mobile applications. One of these benefits includes the enhanced reliability of mobile apps. The reason behind this is very simple – blockchain in itself is a very robust and reliable technology. In fact, the entire architecture and concept behind the technology were to create a system that was highly protective against any crash or collapse.

The best part about blockchain technology that makes it reliable is its basic infrastructure. In the blockchain, several blogs are processing the data in different locations. Due to this distributive nature of this technology, it becomes impossible to alter the data without authorization. In short, increasing and improving reliability. Even the smallest of variations made in any block is visible.

3.Simplicity Is The Trait of Blockchain Technology

When it comes to blockchain technology, simplicity is the one trait that this technology is all about. Unlike any other technologies working in the same area, the blockchain wins when it comes to simplicity. Being simple makes it a more valuable and cost-efficient approach in mobile app development.

Along with the cost factor, the simplicity of the blockchain technology also makes the development process for a blockchain developer very fluent.

To make it short and simple, the complex technology the difficult and pricey it is.

It is very simple!

Blockchain technology records every transaction in a way through which any user can access any information at any time from anywhere. In fact, with access to everyone as I mentioned before, blockchain has enhanced security.

With the blockchain application, the user can safely carry out any transaction without worrying about any possible security breach.

These traits of blockchain technology make it possible for one to say that there is no restriction when it comes to the application of the same. No matter what industry you want blockchain to work, it will!

Check How much will it cost you to make a cryptocurrency app?

It seems like yesterday when the blockchain technology was introduced. Since it’s evolution technology has blossomed into a flower from a bud that seems to be in seconds.

It would also be right if we assume that the blockchain technology being an emerging one will have the maximum updates in just a spike of time. With its use in mobile applications, one can make apps future-ready.

The advancements and availability of the technology as an open-source makes it even more convenient to stay in touch with the latest update.

I have mentioned the point of security quite many times so far. Still, here it comes again. As the data is not available on any one remote server, it becomes nearly impossible to hack in it.

Thanks to blockchain technology, the times when one feared the leak of information or identity are gone!

With mobile applications adopting blockchain technology, there is no need for the password if one needs to verify any transaction or device.

When using blockchain evert transaction is being carried out through SSL certificate and that too over the blockchain’s transparent infrastructure.

This is why there is no issue of fake identity or identity stealing when one talks about blockchain.

Understanding blockchain is not that difficult if you think of it as a ledger. In fact, blockchain is nothing but a digital ledger that is powered by the computer network connected with each other while sending data collaboratively. In this case, as I mentioned before, any alteration made is transmitted to the rest of the machines ( that holds the same ledger) automatically.

Now, coming to what this has to do with mobile technology?

Simple, mobile technology can benefit a lot from this systematic approach. There are many systems that use both server and client systems. In this case, the mobile app acts as a bifurcate between the central server and the client. With such a burden on the wireless network, there are high chances that there might be some loss of data.

Luckily with the blockchain incorporated in these mobile apps, the advance data storage and streaming can be used to solve these issues.

Blockchain is the name that is everywhere today. Although there are many areas unknown in this technology still the spread of the same is increasing with every passing minute.

Like others, you can also hire a blockchain developer with the experience of integrating the extensive list of features introduced by blockchain in the mobile apps. The blockchain works even more radiantly when it is combined with the rest of emerging technologies such as AR, VR, IoT, as well as Artificial Intelligence.

Contact the consultants if you are planning to know more, here. 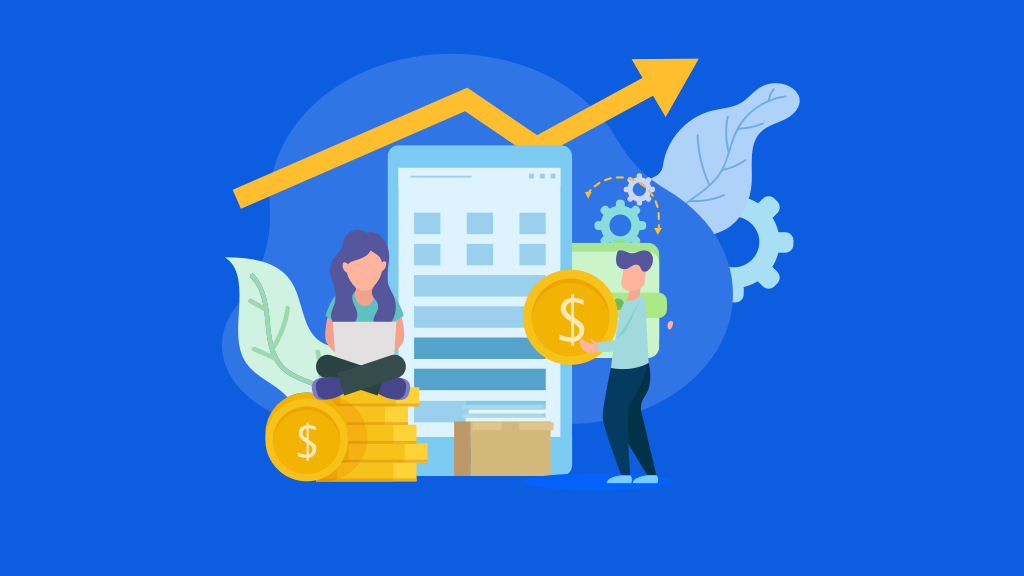 How Much Will It Cost to Make e-Commerce MarketPlace Apps like OfferUp Or LetGo?

Native vs. Hybrid App Development: Which is the right app for you?