How Does Etsy Work: The Story Behind a Niche Online Marketplace’s Success

Blog » Brand Stories » How Does Etsy Work: The Story Behind a Niche Online Marketplace’s Success

Money is not always enough to get things desired by a human being. Etsy is one such organization that capitalized on this fact and built its own unique space in a highly competitive market led by giants like Amazon and eBay.

It is an eCommerce platform selling handmade things, vintage products, and crafty goods that are not easily available in local markets. The company was born in New York but it expanded throughout the USA and Europe later on.

According to Statista, it is today the top sixth fastest growing online marketplace worldwide by revenue CAGR. Now, the question is how is it competing with big players like Amazon and still not just surviving but leaving its mark all over the world?

In this blog, we will talk about the Etsy business model to find out the answer to this question, and its success story will serve as an inspiration for people wanting to do something big in the highly competitive eCommerce market.

Etsy’s Inspiring Success Story: How to Divide a Market and Rule?

Every great success story starts without the glitters and shimmers of the modern business world and Etsy is no exception. The idea behind the platform was conceived in a small apartment in Brooklyn in 2005, it registered for an IOP a decade later, and reached annual revenue of more than $1700 million in 2020. Here is how all of that happened:

Before starting the work on Etsy, its founders were freelance website developers. They were working on a project for crafters and gained invaluable insights from this project. These sellers were selling their craft on eBay, which was one of the most established eCommerce websites at that time.

However, these sellers were facing problems while selling on eBay due to its high commission fees and lack of personalization for artists and creative local sellers. That’s when the founders thought of creating a platform that solves all these problems. A few months later, Etsy was born.

It was built as a multi-seller platform that followed a vertical business model and focused on catering to a specific market and audience, unlike Amazon and eBay. The idea was surely inspired by giants but the team at Etsy had their strong USP and the rest is history.

Because of their technical background, they launched their idea fast and Etsy became an overnight success. The reason behind this was simple.

Without even asking for payments, their team approached sellers who found eBay’s listing fees higher. They marketed their platform using creative marketing strategies which were a perfect fit for the genre they targeted.

Here is how they marketed their product and capitalized on the opportunities available:

The world of startups is all about innovating and Etsy never stopped doing that. Even after getting an amazing start in the market, it continuously strived to add value for its stakeholders.

Within a year of its launch, Etsy provided features like Adobe-Flash and the ability for sellers to list products via searchable tags. Also, their marketing initiatives were appealing. They even organized workshops for sellers at their small workspace in Brooklyn.

After some time, the traffic on Etsy’s website increased and they were getting complaints of it being slower for customers as well as sellers. This happened because of increased product listings and a sudden rise in sellers.

To address this problem, the company invested in machine learning technology. In 2016, it acquired Blackbird Technologies to take this initiative a step further – it was a company that helped them improve the search engine on websites and provide personalized recommendations to customers.

Then the arrival of the pandemic catalyzed Etsy’s growth. When everything was shut down, people rushed to eCommerce platforms and online sales grew by many folds. Etsy capitalized well on this opportunity and doubled its annual revenue in 2020.

One of the biggest problems of 2020 was the shortage of face masks all around the globe. However, some of Etsy’s sellers were having tools to manufacture custom cloth items. The marketplace team requested these sellers to produce cloth masks to meet high demand and promised higher returns.

It proved to be a fantastic move as Etsy reported $346 Million in sales that year only for face masks. That’s how you scale a marketplace to new heights with small ideas. Later on, Etsy also announced that 44% of sellers who started their businesses online on Etsy in 2020 did so due to the impact of the pandemic.

That’s how Etsy became one of the biggest eCommerce marketplaces around the globe and taught us a plethora of strategies to scale a startup. Let’s now see the Etsy business model in detail.

Also Read: How eCommerce App Like Auctionata Went From Success To Failure

Etsy is a leading eCommerce platform with a global presence in more than 83 countries around the globe. While the US and the UK make a major portion of its revenue, Australia, Canada, France, Germany, and others are also major contributors.

In 15+ years of its operations, the company has made a strong online presence all because of its powerful business model and values. Let’s understand the same in detail using Etsy Business Model Canvas:

1) Etsy is a niche online business based on a marketplace business model that sells unique products and earns revenue via commissions.

2) It is popular because of the value it provides in the form of unique products in handmade, craft, and vintage categories. Some of the items listed on Etsy are not available anywhere else.

3) The platform targets two audience bases – sellers and buyers. Sellers can be artists or small industries that manufacture handicrafts and buyers are people who love such unique products.

4) Its value proposition is amazing for both its stakeholders. It lets small artists put their work in front of the world along with their own branding and prices. Increased exposure is the biggest advantage that it provides to sellers.

5) On the other hand, buyers get to see and purchase art from all over the world at reasonable prices. Etsy provides international shipping options so customers can shop worldwide.

6) Etsy’s marketplace can be assessed using its website or mobile apps (available for Android as well as iOS).

Just like products that you can buy on Etsy, its revenue model is also unique and you can drive invaluable insights from the same. Here are the revenue streams it uses to make money:

For every item that a seller lists on Etsy, it charges a $0.20 listing fee, which is independent of future sales of the item. In addition, sellers pay when they want to renew their listings. Sellers can also choose to disable or enable automatic renewals.

Basically, Pattern is a website builder by Etsy that it provides to sellers for building their own online shop on the platform. Its monthly subscription fee is $15.

Some of the features that sellers get while using Pattern include unlimited listings, blogs, website analytics, and email marketing capabilities. Also, it provides a 30-day free service of Pattern to attract more sellers to the builder.

Etsy also provides sellers a chance to stand out by marketing their items on the platform using Offsite Ads and Etsy Ads.

Etsy Ads are ads shown within the platform on different pages. When a customer clicks on any such ad, sellers get charged and the amount depends on several things like ad spots, countries, and categories.

Offsite Ads are shown outside the platform. Etsy buys spots on other platforms like search engines or social media and sellers pay a commission when customers click on these ads and make a purchase within 30 days.

Sellers on Etsy can also buy a subscription called Etsy Plus. It is a package that provides multiple add-on tools for sellers to boost sales. Its fee is just $10 per month.

Some of the features that sellers get with a subscription include advanced shop customizations, restock requests, 15 listing credits, and others.

Etsy charges a 5% commission fee for each sale occurring on its platform. The platform also charges other fees like the cost of shipping and gift wrapping.

For more than 13 years, the organization adhered to its 3.5% commission fee but changed it in 2018. Numerous sellers were disappointed by the declaration of its fee increase, however, Etsy remains the least expensive platform to sell on to date.

Etsy Payments permits sellers to accept a wide range of payment methods in their local currencies while using Etsy’s platform.

Sellers that use Payments can get paid via debit cards, credit cards, and gift cards. In addition, third-party platforms like Google Pay and Apple pay can also be used. Etsy applies both a fixed fee and a percentage in exchange for helping in successful payments of orders.

Also Read: Why 99 Dresses – an eCommerce Business with a Brilliant Idea Failed?

3 Lessons You Should Learn from Etsy’s Success

Entrepreneurs planning to start their eCommerce business can take motivation from the strategies effectively used by Etsy. By analyzing its success story of more than 10 million sellers and billions in revenue, you can learn the following things:

1. Do Not Depend on One Revenue Stream

Generating revenue from multiple sources can prove fruitful for any business. For example, Etsy’s main revenue source is commissions but it also provides seller services to vendors.

The platform helps budding entrepreneurs in every possible manner to take their business off the ground – from starting to scaling, managing, shipping, and advertising.

2. There is a Possibility to Scale in Every Industry

When Etsy was released, the eCommerce market was already occupied by big giants like Amazon and eBay. But, Etsy divided the market and ruled. It figured out the problems that sellers were facing on these big platforms and solved them in the most creative manner.

Thus, all you need is an idea and determination to scale and get success in a market.

3. A Customer-Centric Approach is Crucial

One of the important reasons behind the success of every business is consumer satisfaction.

Etsy offers an interesting experience to the purchaser. However, along with that, it provides merchants services that go beyond just selling on the platform. With Pattern, it assists merchants with setting up their own site, beyond Etsy. This feature of Etsy as a platform also serves as another revenue stream.

One of the most important things behind Etsy’s success is its remarkable business model. Unlike Amazon or eBay, Etsy picked a restricted domain of art, craft, and handmade items and emerged as a winner in this domain.

If you look carefully, you’ll find that eBay and Amazon also provide such things on their platform, however, it was the value provided by Etsy which pulled in purchasers and merchants. Have any such ideas in mind? Let’s explore the same! 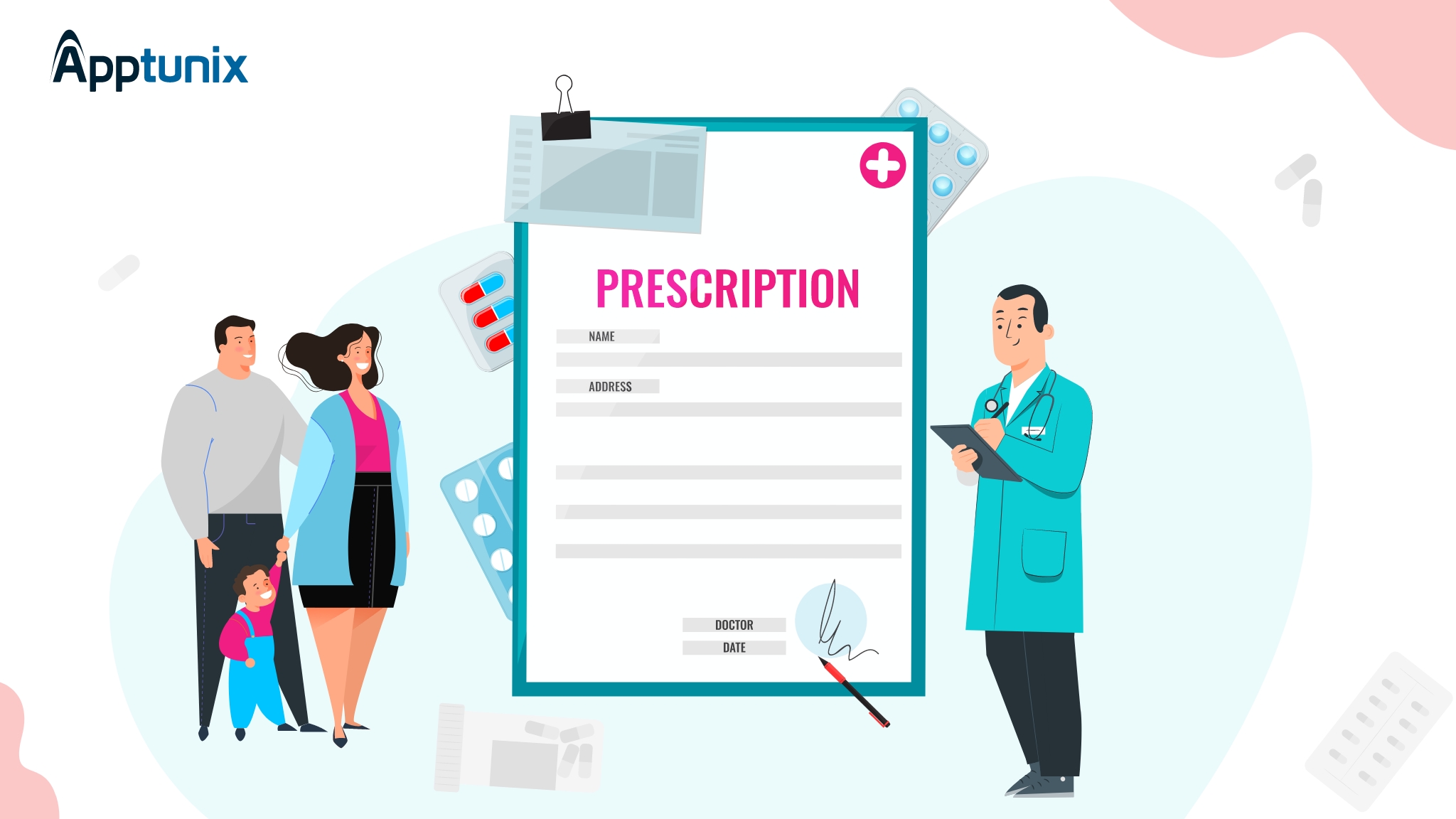 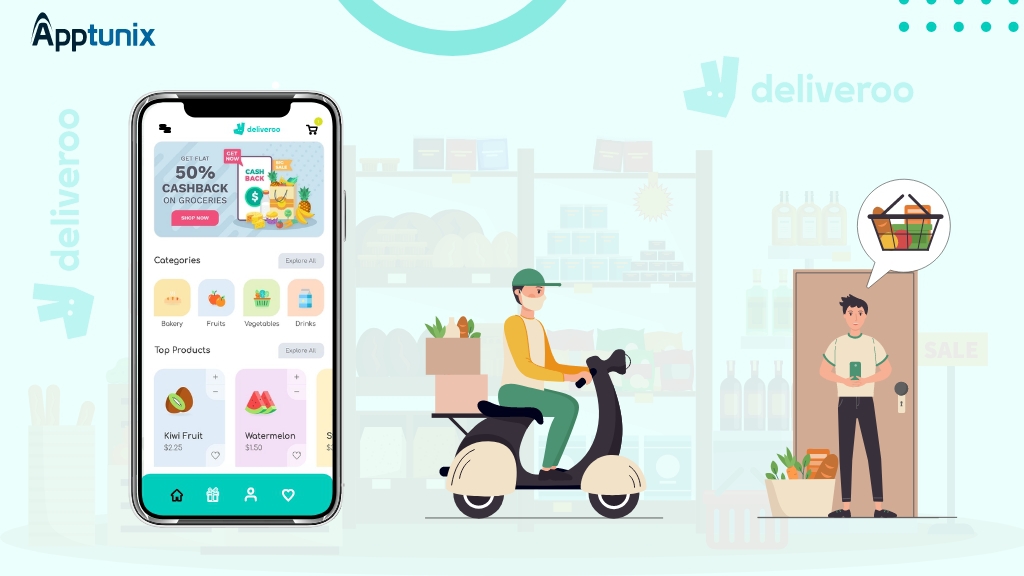