Chat with us, powered by LiveChat How Does Hulu Work: Insights Into Its Business and Revenue Model

All You Need to Know About How Does Hulu Work: Business and Revenue Model

Blog » Brand Stories » All You Need to Know About How Does Hulu Work: Business and Revenue Model

The war between TV and On-demand Content is ever-lasting. But, that doesn’t have anything to do with the love of people for entertainment. From movie theaters to film studios to video streaming apps, everything has just bloomed over the last decade and will continue to do so.

But, the COVID-19 Pandemic has surely opened new doors of opportunities for those who want to make money in the internet-based entertainment industry. The video streaming websites and apps of this industry were having far more visitors than ever during this lockdown.

Among these apps and websites – one and probably the best one is Hulu – a premium internet-based TV streaming platform that lets users stream movies, TV shows, and more on a wide range of internet-connected devices.

So, if you are planning to make your mark in the industry of on-demand video streaming apps – Hulu is going to be your strong competitor and you must know all about its strategies in order to win the market share.

In this article, you will find all about how does Hulu work and brings money to the table. So, let’s get started.

A Brief About Hulu’s Journey Till Date

Hulu was established in the year 2006 by NBC Universal executive – Beth Comstock and Jason Kilar as a joint project with AOL, Facebook, Comcast, MSN, Yahoo, and MySpace as its founding partners.

Unlike Netflix, Hulu is not backed by an inspiring story of a person who with his smart mind is winning most of the industry’s share. Behind Hulu, it was just the idea of a bunch of Hollywood executives who saw potentials in streaming TV content, and eventually, their thoughts proved right.

They together launched Hulu for public access in the year 2008. But, the website www.hulu.com was acquired and launched by NBC Universal who was Hulu’s first content provider in 2007 without any content and for testing purposes only.

Initially, Hulu used to offer free as well as a paid subscription. The free plan used to provide access to limited content on a computer only while the paid plan provided access to a wide library of content on mobile devices, computers, and internet-connected TVs.

By 2009, the organization raised more than $100 Million in funding which increased its valuation and proved that it is a successful idea. In November 2010, Hulu Plus was launched, offering an extended content library including full seasons, day-after access to new content streamed on TV, and more episodes of shows accessible using the free plan. In 2011, Hulu started creating its own unique content and by 2017 it became a live TV streaming service.

As a result of all these additions in its platform, Hulu grew from 22.8 Million subscribers in December 2018 to 30.4 Million by the end of 2019. Now that we know the story behind Hulu – let’s find all about the business model that the platform follows to makes money.

In the year 2007, when Netflix paved the way for on-demand video streaming apps and forced users to cut the cords of cable from homes – Hulu emerged as the savior of TV content.

It is an American video streaming platform that majorly focuses on streaming TV shows as compared to movies and other video content. The company has good relations with almost all of the USA’s cable TV channels like NBC, ABC, Fox, CNBC, and that position it as one of the largest online TV show libraries.

It has also partnered with national and local tv channels like National Geographic and Disney to provide the live TV experience online with no compelling reason to install cable TV. Here is how it works for providing value to its 30 Million subscribers:

1) To watch streaming content on Hulu – users will have to register in the app. The registration process is quite simple and can be complete in just a step or two. After registering, Hulu offers a free trial, as well as various plans that a user can buy to enjoy the latest TV shows and movies.

2) Hulu targets mass-market customers who wish to have on-demand access to quality TV programming and movies from a number of different sources. While the service isn’t yet accessible internationally it has a huge user base of around 30 million subscribers in the USA.

3) Along with its subscribers, Hulu also includes advertisers among its customers providing a huge, captive audience for their marketing content in the form of unskippable ads.

4) Hulu’s value proposition mainly lies in its Content which is not available anywhere else. In America, Hulu is the main service that provides access to ongoing TV programs, including episodes from the current seasons of different shows on either the same or the next day after they stream on the TV.

5) The application also offers access to original programs from big names, like Stephen King, JJ Abrams, and Billy Eichner as well as exclusive programs that are not available anywhere else. Alongside its users, Hulu is also of value to marketers as it lets them grow their audience by permitting them to target specific demographics.

6) Aside from the things mentioned above, what makes Hulu unique is its recommendation algorithms. A user can utilize Hulu from a variety of screens, and six people can use a single account with different profiles at a time. Each profile is different from the other and they don’t cost any extra – all recommendations and viewing history is unique to each profile.

So that was all about How Does Hulu Work and creates value for both of its stakeholders – Subscribers and Advertisers. Let’s now find How Does Hulu Make Money and Profits using this amazing business model.

While all these sources contribute a lot of money to Hulu’s total revenue – subscriptions alone account for more than half of its total revenue and are expected to continue to do in the years to come.

Let’s have a look at all of them carefully:

Hulu provides four basic subscription plans for its users and all of them include access to Hulu’s full library of shows and movies.

Here are the details about its subscription plans:

Since the app closed its free model altogether a few years back, all of its 30 million subscribers pay a fee to use the service and that expense contributes a substantial amount of revenue to the company.

A standard Hulu plan can be purchased with or without ads. Its basic plan comes at 5.99 /month that includes ads and if a user wants to remove ads then he/she can upgrade it to “Hulu Basic Plan With No Ads” which comes at $11.99/ month.

Another plan comes with live TV which includes more content because it is exactly like an old cable subscription. There are on-demand and live TV channels in it covering sports, news, kid-friendly content, entertainment and more depending on user’s location. This plan is also available with and without ads at different prices for both.

If you buy a Hulu plan with Live TV, add-ons are accessible for an extra fee. The additional features and networks you can browse from include HBO, Showtime, Cinemax, Spanish live streams, STARX, enhanced cloud DVR, and unlimited screens. These Add-Ons are not very big but a substantial part of Hulu’s revenue stream.

In 2018, Hulu generated around $1.5 Billion in revenue from Ads only. Advertising on Hulu is not just effective because of its wide user base but also easy. All advertisers need to do is create an ad to appeal well to their users and the Hulu team handles the rest – may it be encoding, hosting, or streaming of the ad.

When choosing to advertise on Hulu, advertisers are provided with different types of ads to choose from. However, there isn’t a lot of data available on Hulu ad cost, but it looks like they are affordable as its ad inventory is rising.

As per sources, ads on Hulu used to cost around $30-$40 for a thousand views till last year, but in recent months marketers have seen rates even closer to $20 which are likely to decrease more keeping in mind Hulu’s increasing user base.

Now that you know all about this brand – How Does Hulu Work, its business model, revenue model, and the story behind its inception – let’s see what you can learn from this brand to establish your own in the Video Streaming Industry.

1. Disruptions Are Not Easy

Old Is Gold – you must have heard this saying a million times. But, Hulu proved it. In the year 2007, when Netflix decided to label cable TV as an old school trend by bringing the disruption using on-demand video content – everyone thought that the era of TV has ended.

But, as mentioned, disruptions are not that easy. The team at Hulu kept this in mind and decided to bring it back to the people who adored it once. Taking benefits of the old love of your users is not at all a bad thing. So, the lesson here is do not take disruption for granted. You can always go back and win the throne again using old facts and habits of users.

2. International Expansion is Not Everything

We all know that Hulu is available in the US only while its biggest competitor Netflix is expanding its services globally. So, which is the best strategy?

However, we would not say that Netflix’s international expansion is wrong and is probably a reason behind its losses. But, Hulu’s strategy to market and expand its services to local audiences is not wrong either. Hulu has a better relationship with the tv network as it was originally founded by those networks only and it is having access to prime tv content which is not available anywhere else.

As a result, it is a ruling Tv Streaming Service in America that is loved more than any other streaming service.

3. The Key to Success Is Revenue

Unlike Netflix, Hulu is strict about its sources of revenue from monthly subscribers and on-screen advertisements. To recreate the cable industry, Hulu streams videos from major tv networks and is making profits every year. On the other hand, Netflix is said to be operating on losses.

With 30 million-plus subscribers, Hulu, as compared to Netflix, supports cable television rather than replacing it. This is another strategy that you can learn from Hulu Business Model.

That was all about How Does Hulu Work, its features, business, and revenue model. Now you must have an idea of how things work in this billion-dollars video streaming industry and what you need to do in order to make your mark. So, let’s wrap things up.

Hulu is an excellent example of making money in the video streaming app market. The brand is also a leader because it created a new demand for traditional TV shows that lost value because of services like Netflix. And, it disrupted the market again after a big disruption by bringing down the cost of watching TV shows from an average of $50 per month to just $5.99 per month.

Are you impressed with how Hulu made its space in a market that was already occupied by a big giant? Let us tell you – you too can. All you need to do is a bit of efforts. So, don’t wait anymore. Let’s create wonders together!

Neha Verma is the Marketing Manager of Apptunix – a leading web and mobile app development company offering cutting-edge services in all the emerging technologies. Her write-ups are usually based on technology, mobile apps, marketing, and market research. 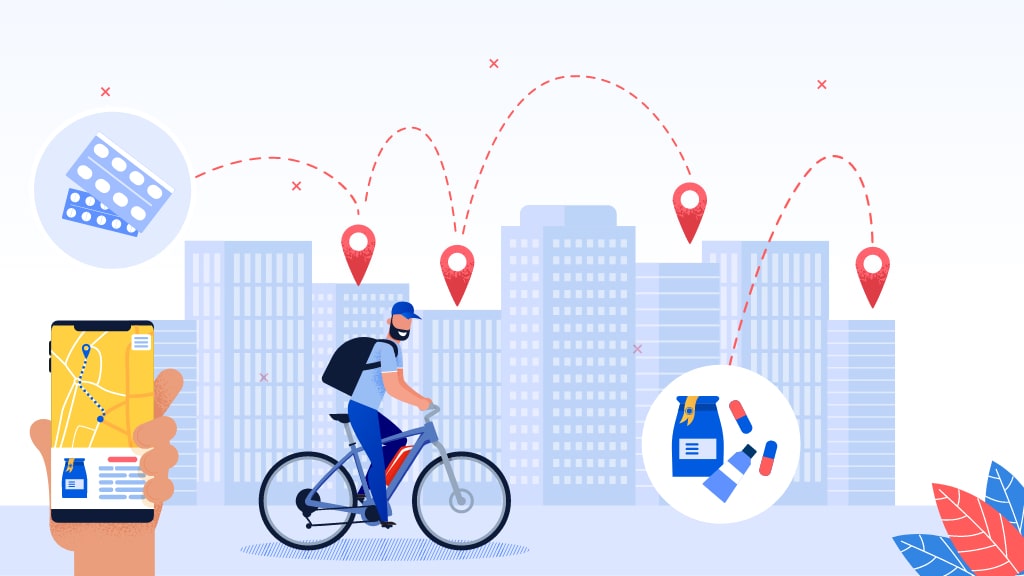