Chat with us, powered by LiveChat How Does FanDuel Work: FanDuel Business and Revenue Model

As per a press release by Flutter Entertainment, FanDuel is the US’s first sportsbook to turn a profit during a single quarter. The app closed the second quarter of 2022 with USD 22 Million in earnings before taxes and interest from its iGaming and sports betting operations.

After this success, the company expects to stay profitable in every quarter of 2023. Fanduel was launched in 2009 and it has now grown to become the best sports betting platform and a leading fantasy sports application.

Impressed by the success of apps like FanDuel or its biggest competitor DraftsKing, if you are also planning to launch a venture in the sports betting industry, this blog is for you.

The Fantasy Sports Market size is anticipated to grow by $6.11 billion from 2021 to 2026, at a CAGR of 6.51%. These promising numbers are attracting many budding entrepreneurs towards fantasy sports. However, the winner will be the one who understands the market dynamics and caters to the preferences of target audience in the best possible way.

Let’s now get to know about FanDuel Business Model, its success story, and How Does FanDuel work to have a proper idea of what works and what doesn’t in the fantasy sport and sports betting industry.

FanDuel was founded in 2009 by a husband and wife duo along with three of their friends in Edinburg, Scotland. While the website of FanDuel was launched in 2009, the actual story began in 2007 when the founding team launched a new prediction website called Hubdub.

Hubdub was a startup that allowed users to bet on the outcomes of major events in the country – for example, the presidential election. While the startup Hubdub had VC investment and support from many investors, it closed in 2010 because it lacked a proper business and revenue model.

The founding team closed Hubdub a year after launching FanDuel to focus all its efforts on the new venture as it sounded more profitable. Here is what Eccles said in one of the interviews with Venturebeat about this new beginning:

It was actually a classic pivot. Users loved Hubdub and it got tons of engagement. However, the fatal flaw was there. We were getting an increase in the number of users, but we were not able to convert them into paying customers. So, we thought of making a new entry with a more interesting business – Nigel Eccles, Founder, FanDuel.

The founding team already knew how to build games that fetch the interest of audience. And all they needed was a revenue model – a solid way to make people pay on the platform. The idea of FanDuel came when the team analyzed the data collected from HubDub. They realized that sports was one of the most loved categories by people on Hubdub.

Then when they did the market research, they found that fantasy sports was a promising market as well which is not yet fully capitalized. The team scanned many fantasy sports products and drew the conclusion that the market was having a lot of room for improvement. One important point they noticed was that none of the products available in the market was mobile-friendly at that time. Thus, even the earliest version of FanDuel that they released in 2009 offered a seamless experience on mobile.

Today, more than 80% of their user base is mobile-based. Once FanDuel came into existence, the founding team never looked back and achieved glory very soon.

The journey to a $20 Billion valuation was not at all easy for FanDuel, however. The path of leading the fantasy sports industry that is worth billions of dollars wasn’t linear at all. From 2009 to 2022, the business suffered many scandals, lawsuits, and accusations but the team won every battle with the help of its transparent processes and fast actions. In 2015, the New York Attorney General’s office even asked the team to cease its operations in the city.

A year later, many payment processors stopped facilitating payments for the platform due to its legal issues. The company has to pay millions to settle these legal issues but it thrived because of its strong user base and amazing value proposition. Today, the app serves more than 12 million registered users with offices across the USA and Scotland.

FanDuel is a Sports Betting and Daily Fantasy Sports Platform. By improving the offerings of traditional fantasy sports providers, FanDuel made its space in the industry and won millions of hearts.

Before DraftKings and Fanduel came into existence, the users of fantasy sports solutions would select a team of players who made more points during the entire season. For example, in a football tournament, scores would be given for yards, tackles, touchdowns, blocks, and a number of other performance metrics.

When the season ends, the player whose team made more points would win that league. FanDuel made this game even more interesting by letting players compete in a one-day game. Let’s check out FanDuel Business Model Canvas to find out how does FanDuel works:

1) FanDuel is an online betting application for live games, fantasy sports, and casino play with more than 12 Million registered users on the platform. Once a user downloads the FanDuel app and verifies the information and location, he/she can start betting on FanDuel’s apps – Sportsbook, Fantasy Sports, Casino, and Racing.

2) Users can take part in daily fantasy leagues in several sports like football (NBA), basketball (NBA), baseball (MBL), ice hockey (NHL), and others. They can also bet on the outcomes of games or take part in Casino games like blackjack online. Basically, the customer segment FanDuel targets are people who love fantasy sports.

3) One of the best value propositions of FanDuel is its mobile-friendly UI. The team at FanDuel made sure that its mobile applications work and look like the apps of mobile industry giants and users find playing daily fantasy as simple as sending a message on any application.

4) Unlike its competitors, FanDuel’s application looks so modern, clean, and intuitive that even first-time users who know even a little about betting find it seamless.

5) FanDuel sounds more like a technology company as opposed to a gambling company. The majority of their team consists of developers who work on their online platform to make it more engaging. Their UI is a major reason why the app stands out among competitors.

6) FanDuel’s mobile app has everything you need for sports betting on mobile. Along with all the expected bet types – like moneyline, spread, and totals – they also provide alternate lines, props, quarter, and odds boosts. However, what makes FanDuel stand out is the way its Sportsbook app makes all these easy to view, search, and bet on.

Let’s check out how the app makes money.

FanDuel makes money in more ways than one. Just like every other successful startup, FanDuel doesn’t follow just one way to make money. It has the following revenue streams:

On FanDuel, users get to bet on almost all kinds of leagues and sports, for example, NFL, NBA, Nascar, and others. You can even play in some of the competitions without paying a fee.

Users can also download FanDuel’s casino app using which they can play games like blackjack online or slot games. It is available in three states – New Jersey, Michigan, and Pennsylvania. Just like Sportsbook, this app makes money whenever a user bets against FanDuel and loses the bet.

Here, the company always ensures that it makes more money than it pays out. So, the game is a bit unfair but people enjoy it. Also, the company is audited regularly to make sure the odds it offers are within acceptable terms.

Sports betting is available on the Sportsbook app by FanDuel and also on the website. Because sports betting is legalized in many states of the USA, the application has a number of regular and loyal users. The company uses this huge user base to make money.

Whenever a user loses a bet, it makes money. In addition, they use the Vigorish methodology. It is basically a fee for placing the bet.

If a user doesn’t use the account for two years, FanDuel charges an inactivity fee, which is USD 3 per month. This money is not deducted from the user’s bank account but from the cash a user deposits in the app’s account. Once the account runs out of money, the app stops these charges.

Also Read: How Much Does it Cost to Build Mobile Sports Betting Apps Like Bet365?

Now that you have read everything about the FanDuel business model and how does FanDuel work, let’s figure out what you can learn from this amazing journey of FanDuel:

1. If Something Isn’t Working, Pivot

To run a successful business, it is not mandatory to move in one direction. You can change your path depending on what the data and your findings tell you. The team at Hubdub found that their platform isn’t working.

However, they also found the scope of fantasy sports through the data collected. So they changed their entire business model and worked towards making it a success.

2. Data is the Goldmine

That’s true. The team at Hubdub was able to make the transition from Hubdub to FanDuel just because they had data. They believed in numbers and built a billion-dollar business out of it. So, if you presently have a business that isn’t working as desired, try to analyze your consumers’ preferences using the data collected.

Keep customers at the heart of your business and give them more of what they desire. Success, fame, and money will follow.

FanDuel turned fantasy sports into a billion-dollar business. However, their company suffered a lot during the journey.

In 2015, the company faced a lot of backlash (after one of the Draftkings’ employees shared some information online and won $350,000 on FanDuel), but they handled everything seamlessly. They banned their employees from playing on any fantasy sports platform and also invited the U.S. attorney general to do a review of their company policies.

From time to time, the organization kept on doing these reviews until they got the consumer’s trust back and established their position in the market. So, if you plan to start any such business, keep in mind that you will face backlash or even legal action at many points. However, to save yourself, you just need to keep your processes clean and transparent.

Sports betting mobile apps are new-gen applications that let users place bets on several game events. If you plan to build a sports betting or daily fantasy application, keep in mind that you can use many monetization strategies to make a billion-dollar business out of it. However, you will need a reliable mobile app development partner to help you in the process. That’s where Apptunix comes in!

A Go-To Guide on Multivendor eCommerce Marketplaces Like eBay

Take Your Mobile App to Heights of Success With “Business Intelligence”!!! 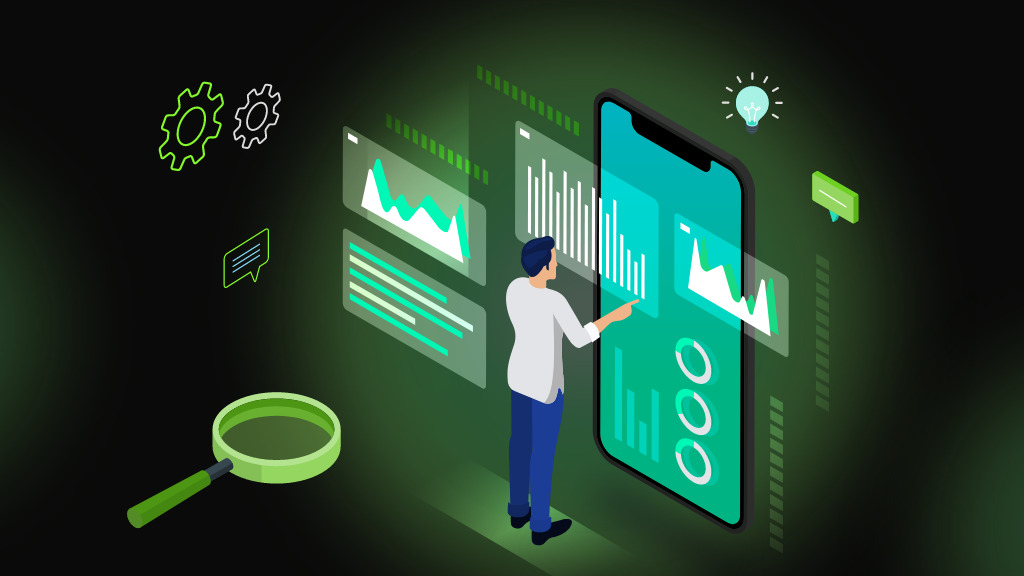