Chat with us, powered by LiveChat Golang Programming Language: What All Can You Do Using it?

Golang Programming: What All Can You Do Using "Go" By Google?

Blog » Technology » Golang Programming: What All Can You Do Using "Go" By Google?

Developed by Google, Go is a programming language that slowly and steadily won the trust of the software development industry. And for all good reasons. Due to the increasing prominence of microservice architecture, a large number of big brands have adopted it and now it is the new sensation in the Mobile App Development world.

Big brands like Netflix, Uber, Slack, and many others use Go in their technology stack and for various purposes. Undoubtedly, the traction “Go” has at present is worth it. No doubt why it is the third most popular language among developers on GitHub in terms of stars.

While Go is a language much similar to C, it also offers what C lacked, for example, garbage collection, memory safety, structural typing, and CSP-Style concurrency. This is another reason why it is considered one of the best programming languages for the coming years.

Furthermore, Go just did not get traction recently and immediately. It has been the favorite tool of developers for many years now. According to a StackOverflow 2020 Survey, Go was one of the most loved and wanted programming languages of developers. Its capabilities are tried, tested, and well-recognized by industry-leading experts.

Now, you must be wondering what made it compete with classic and well-established mobile app development languages like Java, C++, Python, and PHP. All the above, what can you achieve with it? Well, the answer lies in its amazing features and incredible capabilities. In this article, we are going to discuss all of them. So, let’s get started.

The Early Days of Google’s Golang

The Golang programming language was invented in 2007 by three Google engineers – Robert Griesemer, Ken Thompson, and Rob Pike. Their focus was to resolve challenges that developers face while using other system languages and create a language with all the characteristics of famous languages. That is the reason why Golang’s:

Golang is also the best and latest programming language with multi-threading at its core. It has been proven many times that apps built using Golang are highly scalable and robust. No doubt why BBC uses it for the backend, Soundcloud uses it for the build and deployment system, and Uber for increasing its app’s latency, uptime, and performance.

Now, the question is, is Golang really worth using for your business app idea? What makes it better than classic programming languages like Objective C, Swift, Java, and Kotlin? Let’s put some spotlight on its benefits, features, and use cases to find out an answer.

Should You “Go” or Not: What’s So Special About Golang?

Being a statically typed and compiled language, Go is much faster than other programming languages and also offers many performance benefits. Here are some of the reasons why you should go with Go:

Go is a compiled language. Thus, unlike interpreted languages, Go can directly translate to machine code before even execution. That means more efficient, simple, and faster code.

Effective garbage collectors and static types in Go also make it faster as compared to other high-level languages for app development. Even when you compare Go with Java, which is known to be one of the most penultimate languages, Go wins on the speed benchmark.

Golang is an open-source programming language. Thus it is not new to the modifications and tools that increase its usefulness. For example, you can find many plugins in Golang’s GitHub repository to enhance your app functionality. Some of the tools that are very popular include:

Go is always compared with scripting languages like Python to fulfill the needs of developers. Some of its features are already built in Golang, such as Goroutines for threadlike behavior and concurrency. You can easily find other capabilities in the Go standard library package.

In addition, Go follows a test-as-you-go structure. Because testing is integrated into the toolchain, you can find and solve issues before it impacts other workstreams. This feature adds convenience and also increases the maintainability of the applications.

Developed and maintained by Google, Golang has a huge community supporting it. So, you never have to worry if you ever face a problem with the Go code. There will always be expert Go developers around.

You can create Golang apps on Windows, Mac, and Linux. In addition, there are many IDEs and editors that support Go code, for example:

In addition, Golang is backward compatible, which means you can add new fixes to the older code without breaking or slowing it down. The feature also increases the security and reliability of the application. Here are some other Features of Golang that make it special:

So that was all about Golang’s benefits and features. The language is the brainchild of Google and it surely has an edge over the competitors in the market. Let’s check out what type of apps can be developed using this incredible programming language.

Go Use Cases: What Type of Solutions Can Be Developed Using Golang?

Every technology has some special use cases. While Go was particularly developed for cloud-based apps, it can be used for many purposes, including:

Cloud computing is an essential element of modern software architecture. Using cloud services, one can easily create software systems that are highly shareable and scalable. Go is the best programming language to develop microservices and cloud-native software.

Its networking features, concurrency, and high degree of portability win it a perfect place in the tech stack of cloud-native apps. In fact, Golang was used to create high-end cloud computing tools like Istio, Kubernetes, and Docker.

Concurrency is everything for network systems. Also, Go’s native concurrency features like channels and goroutines, are perfect for this type of work. Thus, a lot of Go programs focus on remote functions, networking, and cloud resources. Database servers, APIs, and web architectures are some examples.

The fintech industry is one of the most targeted industries by hackers as one-fourth of all malware attacks are directed at financial technology companies. So, fintech app developers need to be a bit careful while writing any piece of code.

Golang provides a wide range of tools to developers to build and launch secure apps with well-optimized code. One of them is Go Modules. It is a dependency management system that protects the application from sudden module mutations.

Recently, Golang also introduced a Checksum Database for verifying integrity. It makes sure that no digital data is altered at the time of transmission or storage. No doubt why giants like PayPay and American Express use Golang for their mobile applications.

Due to increasing competition in the eCommerce industry, businesses are facing many challenges in terms of page loading times, conversion rates, and scalability. Golang is used to eliminate these challenges extremely and quickly. One of the best examples of Golang in eCommerce is Alibaba.

Its feature called the container engine is coded in Golang. This feature can easily deliver, pack, and run all and every application. It provides apps with a lightweight runtime environment with the least overhead and robust isolation.

In DevOps as well, Golang by Google is gaining popularity fast. It is ideal for projects that utilize Continuous Integration and Continuous Delivery (CI/CD) approaches as you can develop once and market anywhere. It lets you enhance and simplify the CI/CD operations. In addition, it also helps developers improve the scalability and reliability of the website.

Using Golang, you can develop and maintain highly robust and flexible databases by making fantastic support possible. You can easily work with normal SQL, and other DB packages like MongoDB, Oracle, BigQuery, Redis, Postgres, and others.

Let’s now check out three brands that are leveraging the capabilities of Golang.

3 Brands Using Golang for Various Purposes and Getting Success

Mobile applications developed using Golang are very high-performing and scalable. They can handle as many users as required entering simultaneous and concurrent requests. Here are some examples:

We all know that Uber is the world’s largest On-Demand Taxi Booking Application. It uses Golang to automate decision-making and improve map processing speed. The team at Uber also utilizes Go to develop microservices that improve its highest QPS (Question Per Second).

After including Golang in its tech stack, Uber was able to decrease its customer service wait time very effectively. In addition, Go helped Uber in the below-mentioned ways:

One of the fintech companies that generated awesome results using Golang is American Express. During the pandemic when the volume of transactions soared, American Express began looking for a solution to modernize its solution infrastructure.

They tested numerous languages including NodeJS, Java, and C++ but the team settled on Golang. Using Go to create payment microservices, the company was able to observe its real-time processing speed. The team says it is simple to use language and still very effective and most of the developers at American Express were already familiar with Golang.

Another example of a mobile app using Golang in the fintech industry is Monzo which is using it from the very start. The app consists of 1600+ microservices and the company’s engineers say that Go lets them maintain such a tedious architecture.

Also Read: How Much Does it Cost to Develop Mobile Banking Apps like Revolut and Chase?

Netflix is another example of a robust app that uses Golang. It is the world’s largest media service, serving the entertainment needs of millions of users globally. Big giants like Netflix use it to optimize data processing and server loading.

The team of developers at Netflix was in search of a programming language faster than Java and less time-consuming than the classic language C. Golang catered to their needs by letting them manage millions of users at the same time.

Go is something using which you can develop almost any functionality that you can imagine.

Industry leaders like Uber, Netflix, Monzo, and others using it is the proof. And it is certain to get increasing traction in the coming years. If you too want to utilize a language that is simple to use and still lets you achieve wonderful results, it is Golang. On top of it, with the expertise of Golang developers at Apptunix, there is nothing that is unachievable. 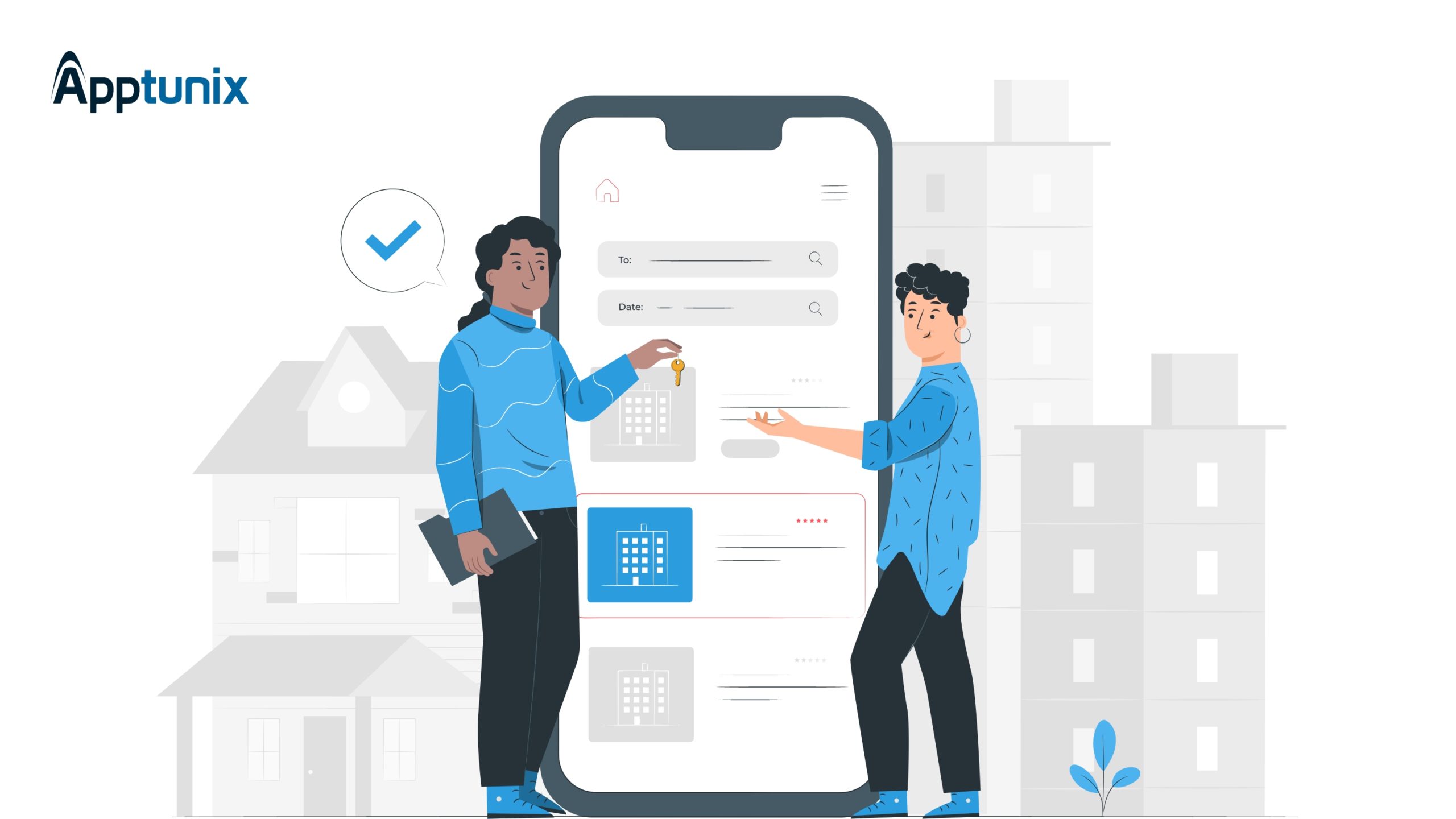 This is How to Convert a Website into Android App 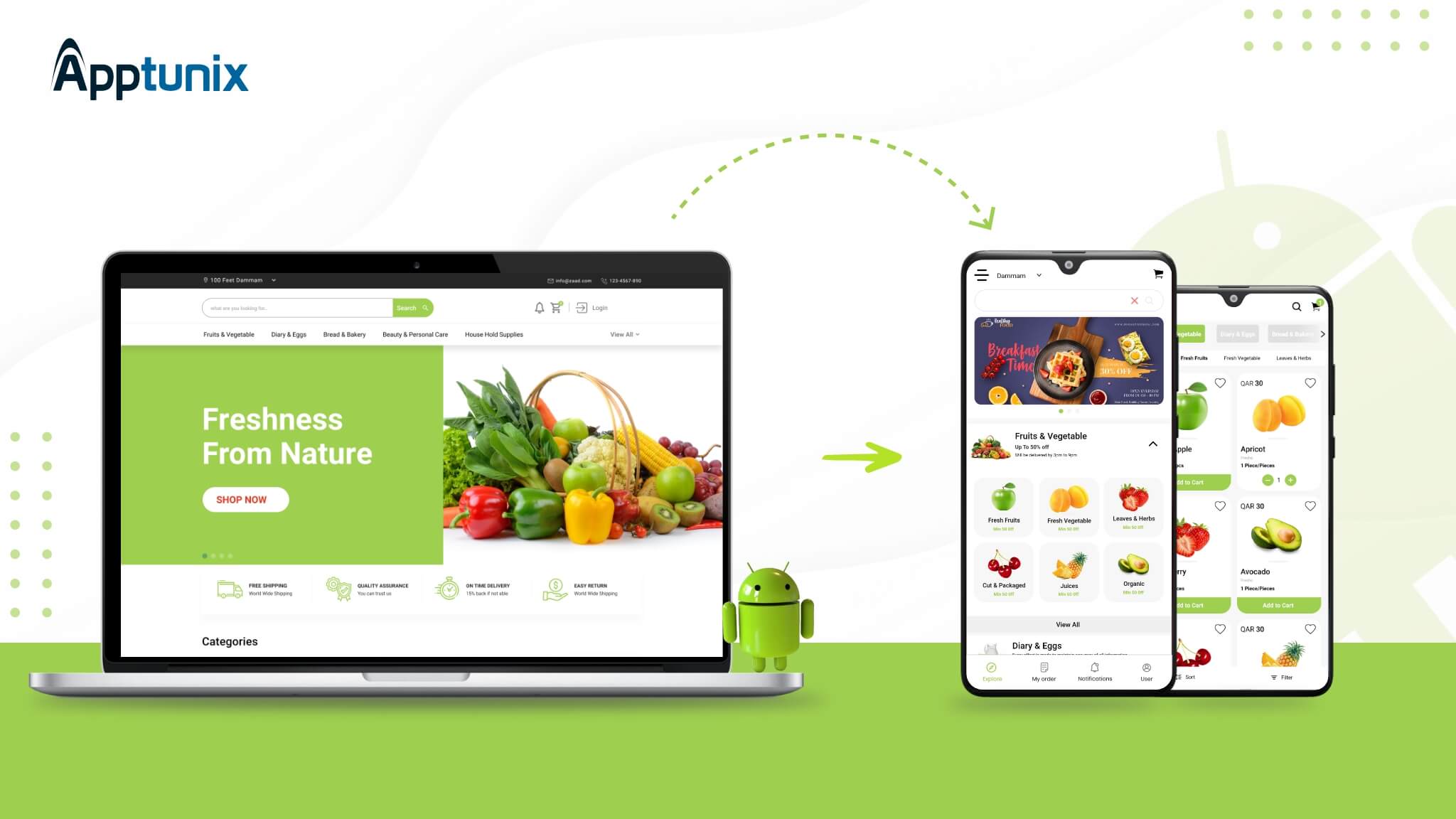