Chat with us, powered by LiveChat 8 Famous Mobile apps based on node js mobile app development

Today on average, around 81% of the American population owns smartphones. According to a survey by Pew Research.org, 96% of Americans have cellphones and 81 out of them are owners of smartphones.

This means that mobile phones have become the next important thing after food and water for the person. People have shifted their lives from the physical world to the digital world and this is all possible due to mobile applications.

Be it the on demand home service app, food delivery app, or gaming app. People have become dependent on mobile apps that have changed their way of living.

As an investor, developer, or user when you use the app, you look out for its features and the main functioning. But have you ever thought about how mobile app development takes place? What are the frameworks that make app development happen? Well in this blog we will learn about this. Especially, about Node JS Mobile App Development.

The framework refers to the structure that allows mobile app development to happen. As per the meaning from Wikipedia,

There are multiple frameworks that are today used by developers to make a mobile app for a particular niche. Each of these frameworks is made up of a specific coding language that allows to incorporate certain features and enhance the working.

There are also cross platform app development done where the basic framework is built like on JavaScript and then the app could further be built on another platform to highlight the features. However, here we will be talking about some of the major frameworks that are used in mobile app development.

It is one of the examples for cross platform app development framework. One can build apps with this framework by integrating HTML5, CSS3, and Javascript. The main highlight of this framework is that it enhances the UI experience.

It gives you the option of using Sass and Angular JS for coding applications. It is used to incorporate UI components like toggle buttons, header/footer, and tabs/bars. It is compatible with both android and IOS platforms.

Xamarin is again another type of cross platform app development that deals with tools and libraries. It is especially used to build IOS compatible apps. It is also equally functional over Android, macOS, etc.

Made for developing pages of mobile applications, its extensions are used for syntax highlighting, code completion, and designing. It is made to use for dot NET development. Due to this, it is highly functional across multiple platforms. The Node JS app development could also happen with Xamarin.

If to put in exact words as stated by Baeldung.com, it is a type-safe HTTP client for Android and Java- developed by Square.

It is used for making networking easier in android apps. Using Retrofit makes it easy to add custom headers, mock responses, file uploads, which leads to a reduction in boilerplate code in the apps. This leads to the consumption of web services easily.

Volley is a part of an HTTP library that makes networking easier for android apps. It speeds up the functioning. Thus, doing mobile app development on this framework makes the functioning of the app much faster.

It works to manage the network request. It incorporates all the features you need such as accessing JSON APIs, loading images, and String requests.

React Native is one of the most effective cross platform app development framework used for making IOS and Android apps. It is a Javascript framework. The best part about React Native is that it lets you create multiple applications using the same codebase.

It is a great investment to make your app build with React Native as it functions smoothly on both android and IOS platforms with the help of one single code. It is one of the biggest projects on Github.

Due to its single-threaded nature, Node JS is used for non-blocking and event-driven servers. It is used to cater the backend API services.

It is used in an app that has data-intensive functionality and Node JS is capable of accessing them with much more ease as compared to other frameworks. It is a platform built on Javascript runtime for scalable network applications.

Flutter is used for 2D mobile apps that could be run on both android and IOS platforms. It is used to make apps interactive with its impressive UI experience.

On the official website of Flutter, it has acclaimed itself as Google’s UI toolkit for building nicely interactive mobile and web pages from a single code base. If you want to build an app that is treat to the eyes on basis of UI, then the Flutter framework is for you.

It is used for developing hybrid mobile apps. It is an open-source framework that is used for making and dividing the portions on your mobile screen.

Specially made for mobile apps, it functions for easy app navigation with scrolling that keeps the header and footers constant.

What Is Node JS App Development?

Node Js app Development as discussed above is the framework used for making apps that involve data-intensive working. It is a full-stack Javascript framework that caters to both server and client-side applications. Thus, saving you lots of money and time.

Apart from that, it has a huge network on which developers keep working. This leads to constant new findings, modifications, and better updates of the framework that could be used while doing mobile app development.

Being a single-threaded model, it competes to be 100% satisfactory in terms of scalability. Not only that, it is also considered one of the easiest frameworks to learn and work upon. However, developers often debate about its functionality and usability between Node JS and Angular.

But if you are looking for a simple solution that saves you money and is scalable, then the Node JS framework is for you.

Now, as we have learned about the kinds of frameworks and their key functionalities. Let us focus on Node JS mobile apps that are running in the industry successfully.

One of the biggest payment gateways available online. PayPal is capable of conducting online transactions in more than 100 currencies worldwide.

The company uses Node JS to build the consumer-facing side for its web application.

“Node.JS helps us solve this (the boundary between the browser and the server) by enabling both the browser and server applications to be written in JavaScript. It unifies our engineering specialties into one team which allows us to understand and react to our users’ needs at any level in the technology stack”.

The epitome of online streaming, Netflix is also built on the pillars of the Node JS framework. Having more than 81 million subscribers worldwide.

Having the motive of lightweight and fast streaming for buffer-free experience,. The team of Netflix chose Node JS for mobile app development.

The popular on demand transportation or taxi booking app Uber needs massive data with GPS integration to work and there is nothing better than Node JS to be its framework.

The framework helped the app to process the information like taxi requests, driver arrival etc. fastly. The errors were also addressed without restarting the whole app process again. The framework allows to store and work on data and requests quickly.

eBay is an American e-commerce platform that offers C2C (customer to customer) and B2C (Business to Customer) services. It is used in 37 countries with 162 million active users around.

“We had two primary requirements for the project. The first was to make the application as real-time as possible–i.e., maintain live connections with the server. The second was to orchestrate a huge number of eBay-specific services that display information on the page–i.e.”

One of the first business-based social networking platforms, it is also made with the Node JS framework. Available in 24 languages in 200 countries with 400 million members undoubtedly explains the quantity of database the app has to store.

With more than 13 million customers and 61 million domains, GoDaddy is a web domain hosting company. They chose Node JS mobile app as it helped them to build quality applications, insert new features and have NPM access.

Node JS led them to cut down their dependency on servers by 10 times yet not impacting the speed and functionality of the app. With Node JS GoDaddy is able to handle all their function with only 10% of the hardware they were using before.

Yahoo that deals with web portals, search engines, and other services is also dependant on the Node JS framework. Node Js has helped in front end development. Along with that, it is a pillar to multiple sites that are searched through Yahoo.

In one of the interviews, Mr.Eric Ferraiuolo, Principal Software Engineer at Yahoo said-

“You can make it scale, and it’s very performant, and every property that we’ve moved over to the Node.js stack has seen an increase in performance”

The global e-commerce marketplace connects the customers with their nearby local merchants to avail services and products at special prices.

In one of the articles, I read that, Groupon is functional in more than 500 cities across 28 countries worldwide with 48.1 million active users.

Groupon opted for the Node JS framework because of its vibrant community, fast performance, scalability, and NPM.

The frameworks for mobile app development provide the structure in which the app could work. The app is further made with special tools and designs that are provided in the framework itself but allows developers to further highlight them and make it more user-friendly.

Therefore, choosing a framework that suits best the core idea of your app should align with the functionality features of the app. And if your app needs fast functioning, massive data collection, and interactive UI with scalability. Then there could be no other suggestion for framework apart from Node JS. 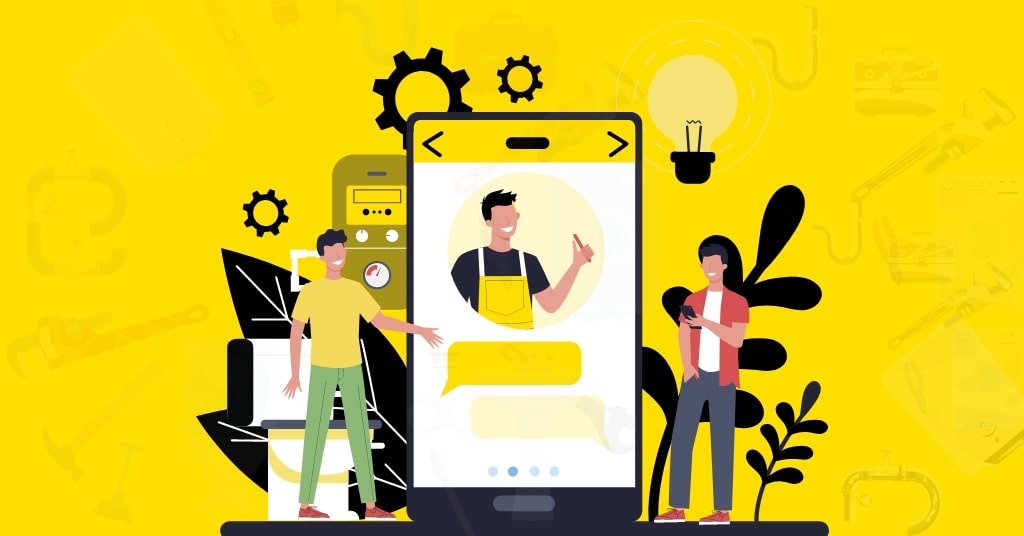 How Much Does It Cost To Make A Home Services App Like Handy?

How to Make App like Shovler and Earn from Snow Plowing Business?